The shutdowns related to the pandemic have had a big effect on the trucking industry. Fortunately, a recent comparison of the spot rate national average recorded in March 2020 and June 2020 revealed encouraging improvements. Take a closer look at these significant changes.

But, according to a June 15th, 2020 article in American Trucker, load volumes have reportedly risen by, “…2.2% on DAT’s top 78 flatbed lanes and the national average flatbed load-to-truck ratio poked above 21 last week.” Twenty loads per truck was the top level reached back in 2019.

The rise of summer temperatures in cities around the Great Lakes has increased the area’s demand for refrigerated trailers. American Trucker reports, “…Grand Rapids, Mich., to Philadelphia, rose 25 cents to an average of $2.86 per mile compared to the previous week.” (June 15th, 2020)

The American Trucker article goes on to state that the rates for 16 reefer lanes fell last week in the southern part of the country. Seven of the 16 reefer lanes are from the Florida cities Lakeland and Miami. 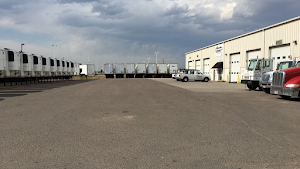 Intermountain Trailer Wabash of Denver
4.4 out of 5 stars

cameron kaman
5 out of 5 stars
6 months ago
Very helpful and courteous. I will continue to use Intermountain for all of my trucking needs.